Whilst on holiday nearby, Ruth and I visited the Brighton History Centre looking to clarify when Henry Jacobs and family arrived and left Brighton, and any other information I could find

We already knew the following:

They were there in 1858 as daughter, Sarah, was born there.

They were still there for the birth of Elizabeth in 1872

They were back in London for the birth of son, Lewis, in 1873

However he is missing from the next year’s entry

He reappears in the 1860 register albeit at 9 Queens Road, which may be an error because it is a bit coincidental that the house numbers are the same, and there is no entry for a Jacobs at North Street Quadrant.

The entry for voting is David until 1863 when it changes to Henry, although the business entries only change from David to Henry in 1868.

Who is David Jacobs?

My best guess is that he is Henry’s elder brother but this needs some research because we already have him in London for much of this period although this doesn’t stop him owning the Brighton business and getting Henry to run it for him. As long as it is in his name it will be his name that appears on the voting registers.

Also, David dies in 1869 and it is only in the previous year that the business name has changed to Henry.

Need to get a copy of David’s will to see if he makes any mention of Henry in Brighton.

I initially thought that Quadrant was an area in which North Street was located, however it is actually a block of buildings located at the top of North Street by the clock tower (it was an obelisk when the Jacobs were there).

The quadrant today is a mixture of styles and ages of building. I believe that Nos. 8 and 9 are occupied by White Stuff’. The Quadrant Hotel is still there at the end of the block.

The map below is based on an 1874 map and appears to show only 12 premises but I believe that the Quadrant Hotel which was 12 & 13 is simply shown as 1 building.

Ruth carried out a brief review of the newspapers of the time but no entries were found for the Jacobs. A more thorough search when time permits may find something. 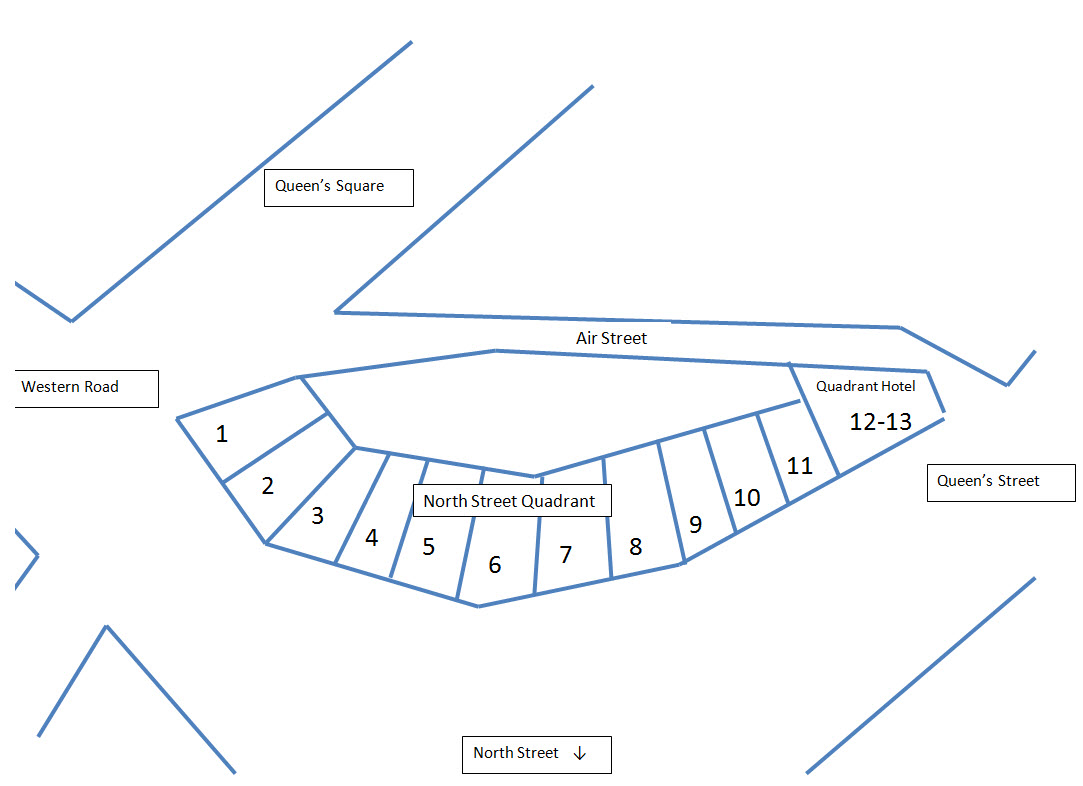 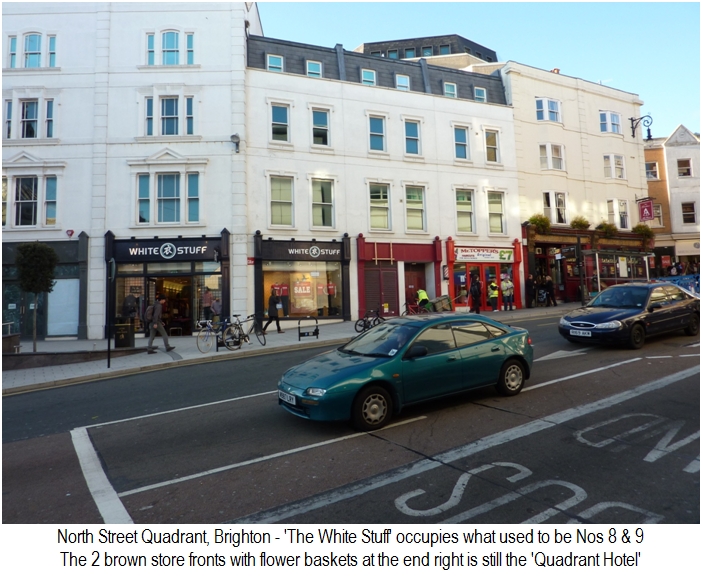 A combination photo taken by Alfred Furneau in December 1911. Note that Alfred has written the old property numbers at top.
Henry Jacobs and family were at No 9 from about January 1859 and then at No 8 from1867 to 1871