This story starts with Milcah Levy who married Lewis Jacobs in 1813.

There was an anomaly in the 1861 in that Milcah was described as being the mother to the head of the house, a man called R Cohen who also had a daughter called Angel.

Debbie Bozkurt had already partly pointed the way in a snippet some time ago but we hadn’t picked up on it.

It would appear that either the family, or the enumerator, got a bit confused, because R Cohen turns out to be Rachel Jacobs who married Alexander Cohen in 1845 and Angel is actually their son, not a daughter.

Comparing addresses in the 1861 census for Milcah and R Cohen with that of Alexander and Rachel Cohen in 1851 we find that they are the same – 4 Medway Street.

In the 1841 census we found Rachel and Rebecca Jacobs staying with Lewis Levy (38) and Liza Levy (75). This looked as though these two children were Lewis & Milcah’s so the implication was that Lewis was Milcah’s brother and Eliza was their mother – at this point we didn’t have a name for her, only the father, Jacob.

The rest of Lewis and Milcah’s children, 8 of them, were at the family home in Marsham Street with their parents.

At the same time Elizabeth is also recorded with her son, David, and his family at his house in Hemmings Row.

Following the 1841 census we lose some of the Jacobs children.
David, Marian and Judah (after 1851) all disappear. If anyone has any clues please let us know.

Phil then found an index for a will for an Elizabeth Levy, widow, dealer in glass.

I bought the will and all suddenly became crystal clear. The will gives chapter and verse about the family.

About 12 lines in we get the statement I also give and bequeath unto my eldest daughter Milcah Jacobs wife of Lewis Jacobs. This obviously confirmed that this was the right Elizabeth Levy.

We are also given the names of other children and grandchildren.

The will contains three codicils as Elizabeth updated her will to reflect changes in family circumstances.

The first codicil, amongst other things, increases the amount of money given to her son David, and daughter Guldah whose husband is now named as Isaac Levy. It also confirms Rebecca and Rachel Jacobs as her granddaughters.

The second codicil reflects the fact that her son Joseph has died and she therefore bequeaths money to his wife, Elizabeth and their children.

The third codicil is a bit of an about face. She revokes her original bequests to Milcah which totalled £150 and replaces it with one for £50.

She also revokes the £100 left to David and replaces it with £10 to each of his five daughters.

At the same time she revokes the legacy to her daughter in law, Elizabeth, widow of Joseph and to her granddaughter Rachel Jacobs.

This last codicil leads me to think that there might have been some falling out in the family.

My immediate thought was that Elizabeth, Joseph’s widow, had remarried and was being cut out because she would no longer need the money – Elizabeth did in fact remarry, a Lewis Norton but not until 5 years after the codicil!

I believe that Rachel was cut out because she planned to get married – the codicil was dated 1st September 1845 and Rachel married Alexander Cohen in Q4 1845.

Addresses often play an important part in joining the dots and this case is no exception.

4 Medway Street is where Milcah was living with R Cohen in 1861 and where Alexander and Rachel Cohen were in 1851.

4 Tylers Court is where Jacob and Elizabeth Levy lived for many years. Elizabeth lived there until her death in 1847 and her husband is listed there in a 1799 Trade Directory.

The family also had a property at 14 Hemmings Row – incidentally, Elizabeth was listed at both Hemmings Row and Tylers Court in the 1841 census. Probably her sons had each listed her in their own returns.

This property is where David Levy lived but was listed by Elizabeth, Joseph and David over the years. I suspect that it was after Joseph’s death that David took over the business.

Hemmings Row is also where Isaac Levy lived with his wife Guldah.

Isaac Levy and his family were previously 3 doors away in Hemmings Row before he married.

Also it wouldn’t be Jacobs story without some involvement in bankruptcy!

1856 – December 1856, we have Benjamin Levy formerly of 14 Hemmings Row St Martin’s  Mddx tobacconist and cigar maker then of 143 Deansgate Bolton Lancashire tailor, clothier and outfitter then of 14 Hemmings Row warehouseman to a cigar manufacturer. Bankrupt. He is in the debtors prison Dec 1856. Presumably this is David’s son

Trade for the Jacobs generally involved glass and china and it is the same here to some extent.

However her siblings stayed out of the glass business as far as I can see.

David lived at 14 Hemmings Row and was a tailor/outfitter – a business previously under his mother’s name and then his brother’s before he died.

It would appear that the Levy’s had two strings to their bow – glass and the rag trade.

The youngest son, Lewis, is at present a mystery. He is listed as Elizabeth’s sole executor but we know nothing about him.

There is also a mystery regarding a will proved in 1869.

County of Middlesex. Widow, deceased, who died 7 August 1843 at

14 Hemmings-row aforesaid was proved at the Principal Registry by

the oath of Catharine Levy of 14 Hemmings-row aforesaid, widow, the

We don’t have a copy of this will but it raises some interesting questions.

The address of Elizabeth is correct, but the date of death is 2 years too early.

Next we have Catherine being described as Elizabeth’s daughter. This may just be a technicality because she was actually her daughter –in-Law.

Finally we see Catherine described as the surviving executor. On the original will there was only one executor – her husband’s younger brother, Lewis.

Was the original will contested? Had it been going on for 20 years. Could it be something like Jarndyce vs Jarndyce in Bleak House?

Phil found an entry in the Chancery Court for 1869, Ahrenfeld v Davis.

The challenge is in 2 parts – the first relates to the legacy to Angel Cohen son of Elizabeth Cohen and the 2nd relates to the legacy of Rachel Cohen wife of Alexander Cohen. There are no other details and it appears that Davis is Solomon Davis a creditor of Church Row Newington. This data appears in the London Gazette Archives. 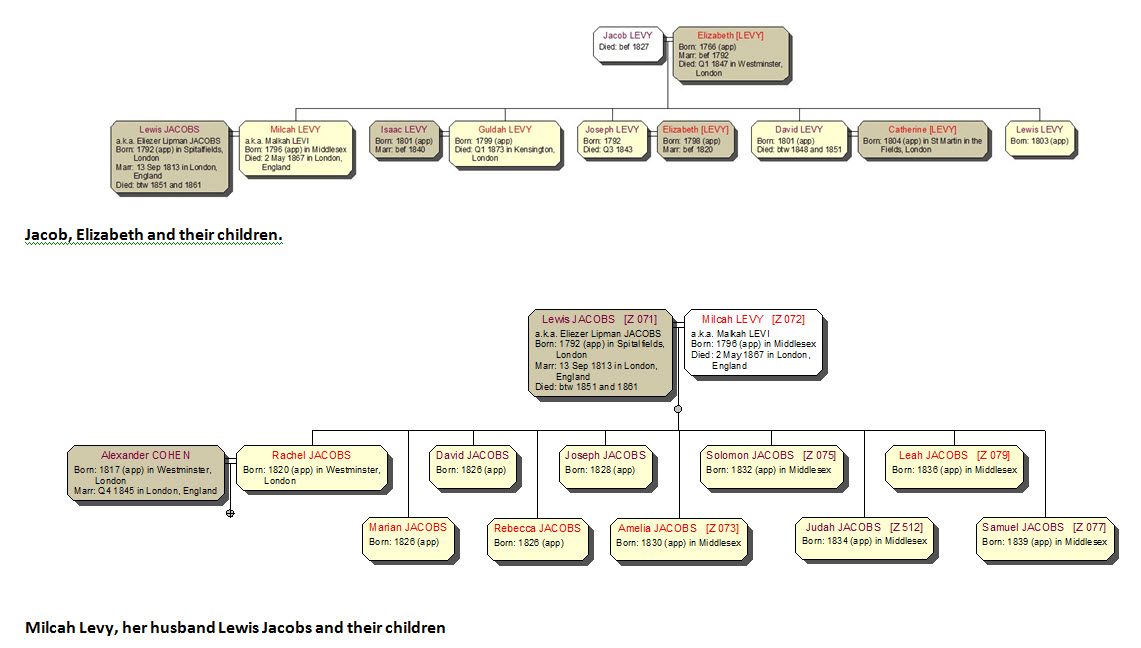 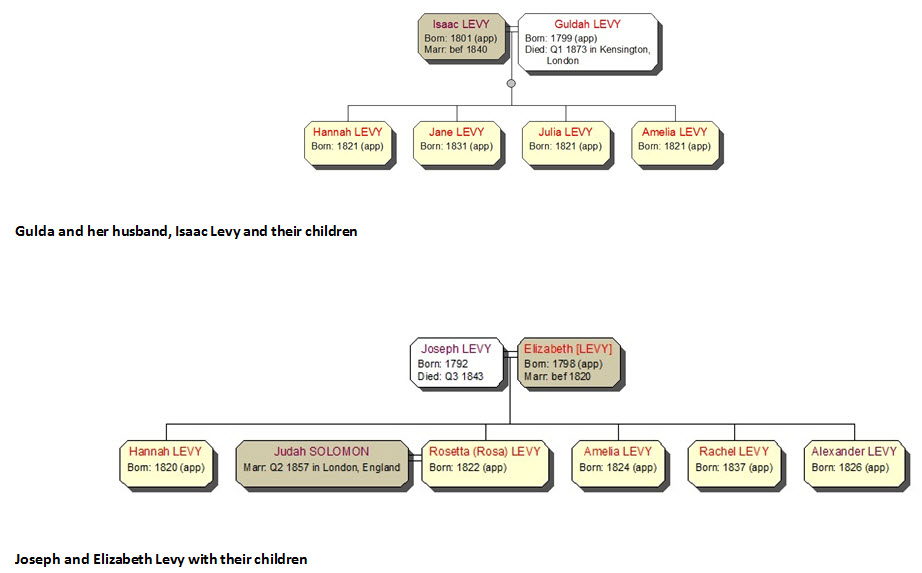