This page relates to the Reunions organized by Jenny Cowen, one of our cousins in Australia.

So far Jenny has arranged two reunions, the first in 2012  and now this year, 2015, with another planned for 2018 – the 200th anniversary of the arrival, in Australia, of Samuel Moss Solomon.

Attendance at both has been very good and people have enjoyed meeting new and forgotten relatives.

The Solomon reunion was held in Australia. The turnout, which included our own Rabbi Roderick Young was 200 strong and was featured on several  TV news broadcasts.

The reunion went off without a hitch and cousin Roderick was just the icing on the cake.  We had T.V., radio, newspaper and magazine coverage!!!  Since all this exposure we have had yet more contact from family and it seems that the Keesing branch of the family, who reside in California, may visit next year. SO we may have another get together.

The Solomon family reunion made an unintentional profit. Therefore a donation of $500.00 has been sent to the National Library of Australia. Cathy Pilgrim (Director of Trove) has acknowledged our gift :-

“  We certainly appreciate the financial contribution from the Solomon Family reunion which we will put towards digitisation of the South Australian Chronicle. We are currently having the South Australian Chronicle microfilm scanned and it is scheduled to be OCR’ed to support full text searching and delivered via Trove in the first quarter of the new financial year (i.e. all going according to schedule between July and September 2012).

The acknowledgement text to read – Digitisation generously supported by the Solomon Family Reunion. ….the acknowledgement to be applied to the issues that make up the first 250 pages of the newspaper published i.e from the South Australian Weekly Chronicle first published on 17 July 1858.”

A further $500.00has been donated to the Sisters of St Joseph’s in memory and in continuation of the bond forged between Saint Mary MacKillop and Emanuel Solomon. The funds will be used by the Sisters in their charitable works. Neville Wight, Katrina and I attended morning tea at the Mary MacKillop Heritage Centre and presented the cheque to the Sisters. Also present were the Principal of Mount St.Joseph Girls’ College, Cath Dillon and two of the year eight students, one representing Solomon house. Yes, the house is named in honour of Emanuel Solomon! Solomon house’s motto is “All equal in God’s eyes”. 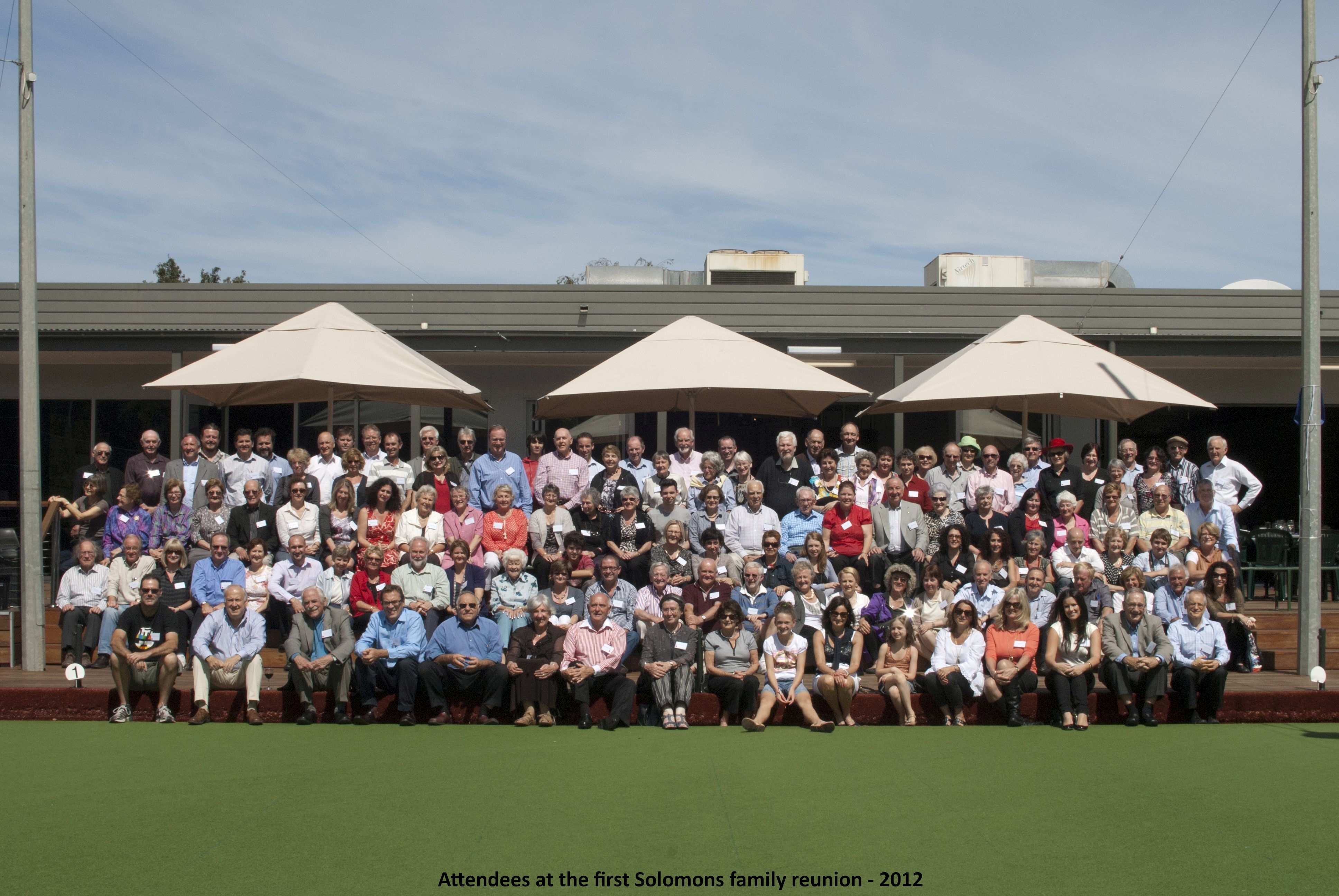 At the 2015  one of our ancestors, Emanuel Solomon, was ‘recreated’ by  Phil Zachariah, adn thanks to Philip Powell,

“Thanks to Philip Powell  I am able to share some of Phil Zachariah’s performance, as Emanuel Solomon at the Soiree.  There were many highlights but this one, for me was bitter-sweet.  I know how much work went into Phil’s performance and I knew it would be excellent…my disappointment was that so few family members witnessed this show.  It was and will always remain the BEST performance as far as I am concerned, and I thank Phil from doing this for me…….I am hoping that we can persuade him to do this again in 2018…PLEASE PHIL!”

Jenny has already started work on a 200th Anniversary Reunion in 2018.

Whilst some people may think that another reunion in 2018 is too soon, I think that we have to take certain factors into account.

Whilst it is regrettable that I am unlikely to be able to attend, I must thank Jenny for her untiring efforts in both looking after the family tree, and organising the reunions, and to Katrina for supporting Jenny.