Dear all found this when I met Phil at the SOG forgot about it but it fell out of my suitcase when I was tidying up.

Its a will by a Abraham Jacobs and it mentions a brother called David, and a slave boy he brought to England. I have just tried looking for it on the NA site but can not see it. Don’t know if anyone can either find the original or whether anyone thinks it has something to do with our family, its interesting if nothing else, might still look it up.

Mentions Calcutta and places in Germany I think.

I’ve just had a quick scan and can make out the following:-

Other entries on the page:- 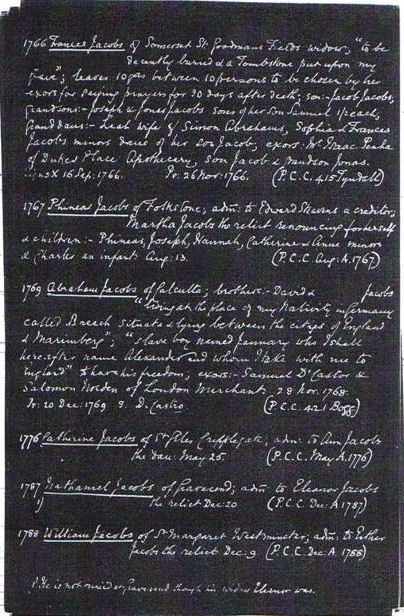